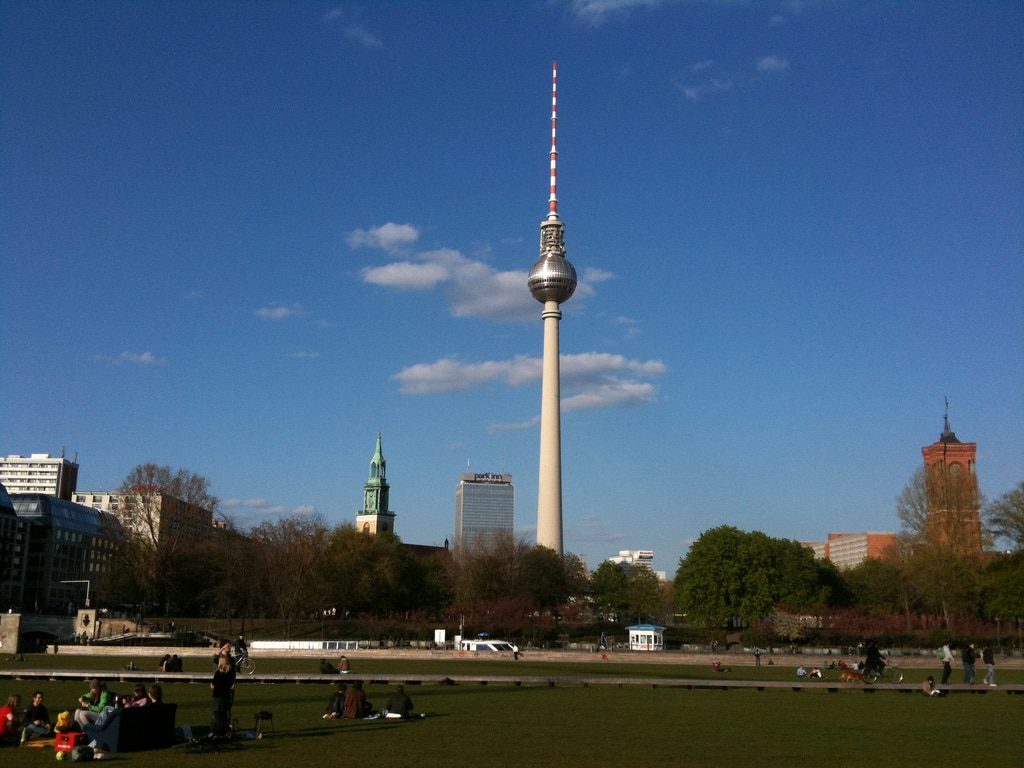 Most major metropolises have a particular building that as soon as it appears can make it clear that now we are in that city. For Berlin must it be the Fernsehturm, the 368 meter high one tv-tower pointing like an arrow towards the sky. The location in the middle of Alexanderplatz has also given it the nickname Alextårnet.

In the sphere in the middle of the monument - 204 meters up - there is a viewing platform and restaurant. Both rotate slowly so you do not have to get up to see the different sides of the view. In weather with good visibility you can see 42 km away.

Luckily there is a lift to the restaurant and with only one stop the trip up there does not take long. And should you fear fluctuations in strong winds, then you can take it easy - in the height of the panoramic area there is only a 15 cm fluctuation. Almost imperceptible.

the tower Berlin Fernsehturm was built in the period 1965-69 and is thus from the GDR era. There is no doubt that the iconic nature of the building was not accidental and it was also used diligently in the propaganda.

The architect Hermann Henselmann thought of space travel while designing, and the sphere in the middle should symbolize the Soviet Sputnik satellites - and should originally have been completely red!

The original construction made the tower 365 meters high, but a new and slightly longer antenna has since been added, so the height has now been increased to 368 meters.

In the tower's own souvenir shop you can buy an architectural guide that tells more about the challenges of this whole project. Like for example placing a huge dome 200 meters up in the air…

Fernsehturm was originally supposed to be located outside the city. And they even went so far as to cast part of the foundation before anyone looked up over the glasses and discovered that the finished tower would stand right in the middle of the approach to the already planned Scönefeld airport.

Save money on admission

With a Berlin WelcomeCard in your pocket you save up to 25% on the entrance ticket. This is a top tip that is worth taking with you!

See current prices and opening hours at the tower's own website