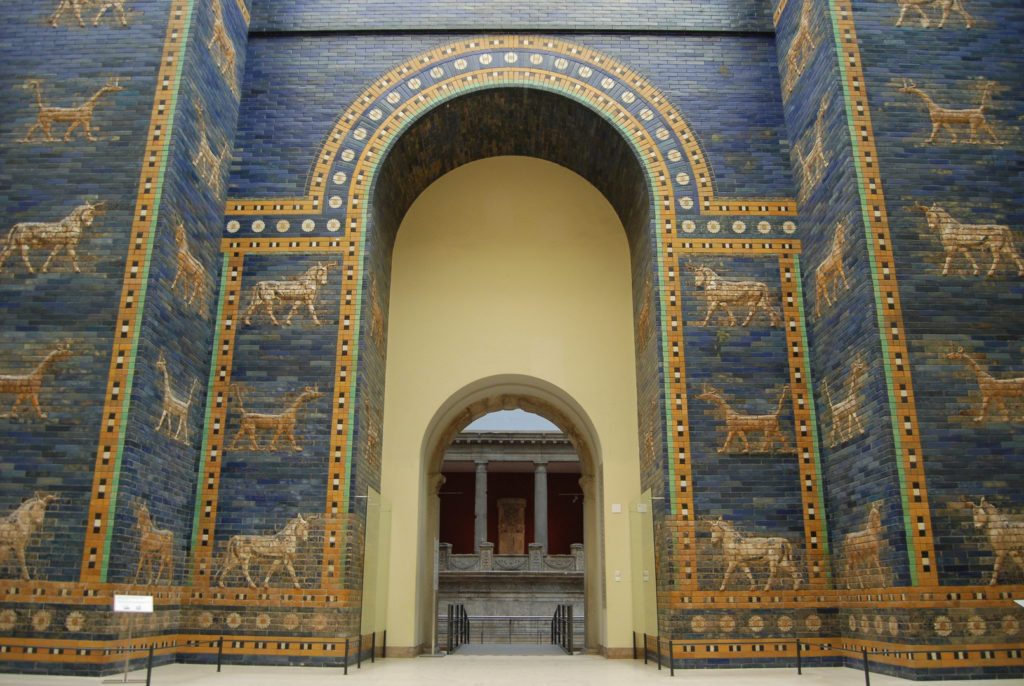 The Pergamon Museum's archeological collections - one of many museums on Museum Island - contain ancient Egyptian, Hellenistic and Byzantine cultures in the Middle East. Among other things, the beautiful Pergamon altar, and from Babylon comes the Gate of Isthar.

Pergamon was an ancient city in northwestern Anatolia, the ruins of which are found near the modern Turkish city of Bergama.

The museum was built in the period 1910-30, but suffered some damage from the bombings during World War II. Now the three buildings with the impressive entrance contain three different museums under one roof: Classical Antiquity, Ancient Near East and Museum for Islamic Art.

It contains several major reconstructions of archeological buildings such as the Pergamon Altar, the Market Gate from Miletus and the Ishtar Gate.

The Ishtar Gate was the eighth city gate until the city of Babylon and was built in 575 BC. It's an impressive sight - but more impressive is the fact that the gate shown is actually just the small front gate. The significantly larger one was judged to be too large to display at the museum is and is instead stored!

The famous Pergamon altar, which is one of the museum's many tributaries, is a frieze from around 200 years BC. The 35 meter wide and 33 meter deep monument shows in relief the battle between the giants and the gods of Olympus. The altar was originally excavated in Turkey, but is now permanently located in a museum in Berlin.

It is recommended to make use of the recorded guide. It provides lots of good knowledge, which increases the understanding of the exhibitions, unless you are a professor of archeology…

As with many other famous sights, it can be worthwhile to arrive early - and avoid the long queues. If you only arrive over dinner during the holiday season, you may have to spend up to ½ hours in line. And that time can easily be spent on something more interesting.

An adult ticket costs 15-18 €, children 5.50 €. There is a discount for students with a valid student card or if you have invested in one Berlin Welcomecard.