Sightseeing in Berlin by bus and boat 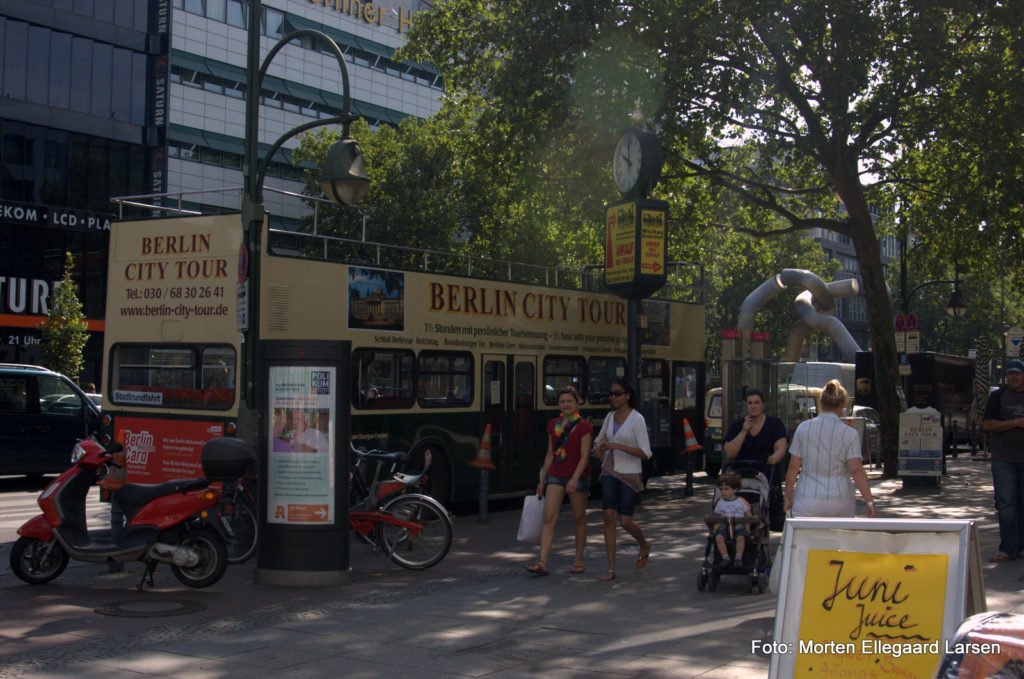 To gain weight sightseeing in Berlin can be tiring, as there are many things to see. So why not make it easy by hopping on one of the many sightseeing buses.

Most major European cities offer a tour of the city's central areas by bus, often an old double-decker with an open top. It is a good way to get a quick overview, and then you can select places for later exploration in detail. Fortunately, this also applies in Berlin.

There are often several different companies to choose from. There is rarely the big difference, and finally do not let the condition of the bus be crucial - the trip usually only takes 1-2 hours and the driver still drives so risky that it does not matter, no one dares to drive in front of such drivers.

On the other hand, it can be a really good idea to choose a company that allows for a day ticket. Then you can jump on and off as you like. There are usually 3-5 different stops and with a new bus every half hour, you can easily get informed in a few places.

Get off the bus, look at the sights and eat an ice cream. And then hop on the next bus and continue to the next stop.

The guides or "The talking waterfalls"

There is often a guide on board the bus, but they are of the turns quality, also within the same company. But you can just hop off and try the next bus, maybe you are so luckier there.

Tips to the photographer

If the weather is for it, I usually sit on the top floor. You look a little better and then you get the wind in your hair.

At first glance, one would also think that it provided better opportunities to take good travel photos, but this is rarely the case. The pictures you take while the bus is running are wasted, because there will always be vibrations next. But if you are lucky that the bus stops at the right times, there are of course opportunities for the good travel photos.

and then by boat

Several places along the river Spree you can board a tour boat that in an hour or two shows you the most interesting buildings and places seen from the water side. It is very interesting and gives a different picture than, for example, the trip by bus.

There are several different companies sailing different trips, but I have not yet tried so many that I know what is the best solution. Most people stick to sailing back and forth in central Berlin, but there are also companies that offer trips significantly further out.